It was for Super Bowl day, for the NFL LAB stand that informs and presents the NFL voice application. The mural and stand will be on tour at other events in the United States. A pleasure to work for the NFL.😁 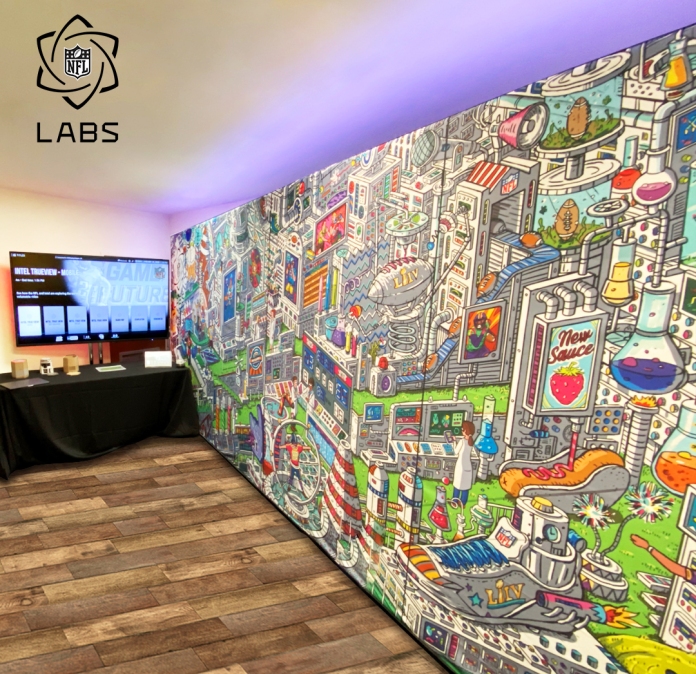 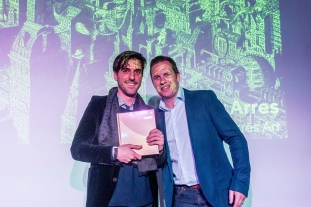 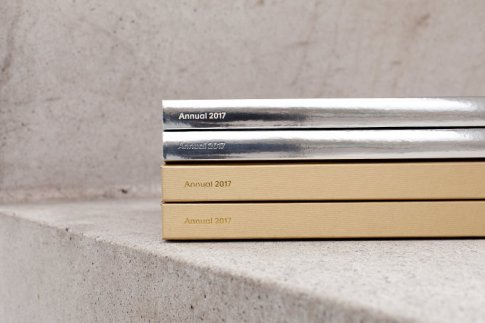 Fantastic night at Protein Studios in London. The past 29 March (Brexit Day ups!) Creativepool organized his important Creative Industry Awards. I was awared with the People Choice´s Award in Illustration so thanks to all the people voted to my work and to creativepool for the chance and for a nice cool party at London. Was nice meet with so many creative people celebrating art, design, tv spots…all in creative way. 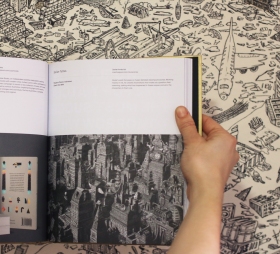 The text in my page said:

“Javier´s work focusses on hyper detailed steampunk worlds. Working mainly in ink, he creates illustrations that make you question their meaning, asking what has happened in these scenes and who the characters in them are.”

This two bigs large format artworks are the diamonds of my current jobs. This two artworks means one year in my life. Are really important works for me. Now i´m doing a third one, but when i finished the second one, was the moment i decided i was ready to show all my work and try to do exhibitions, try some contest, etc. 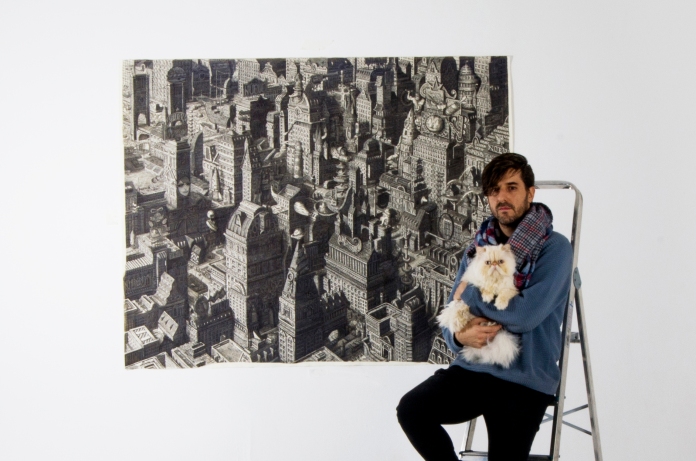 Basicly was the end of a phase i spended growing my personal style, loves and passions during five years. And now the next phase begin, doing dossier, trying to be part of a gallery, do exhibitions, commisions….will see, nobody knows 😉

But the point is i feel really happy to find my own way in art after five years hard work and a full life drawing. 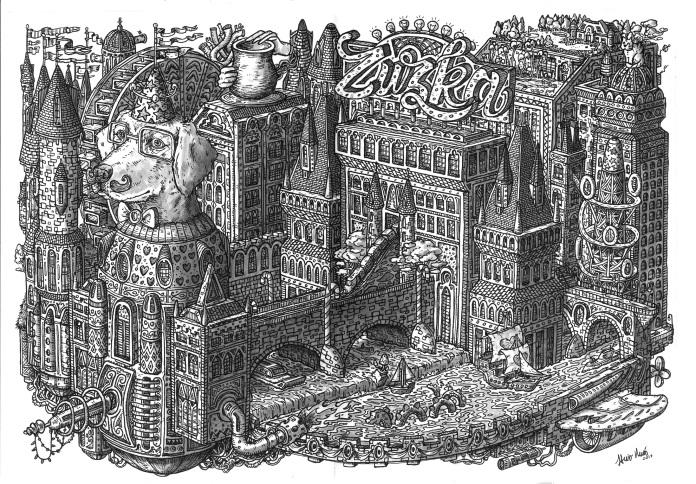 I was contacted for a commission from the UK. In that case was for a birthday present from Toby to his wife Zuzka. Was nice meet Toby, very kind and lovely person. And very in love with Zuzka 🙂

The commission always makes me happy, for money 🙂 🙂 and for the opportunity to make an illustration for a private person, for a home, maybe in a nice place. Toby send me a photo with the final frame and 1est character looking himself  with a cool hat and glasses into illustration. Very cooool 🙂 Thanks a lot to send Toby. 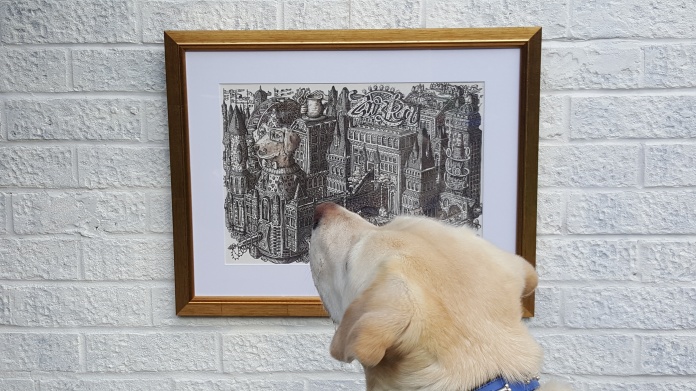 When I make a commission I ask the client for things he likes, architecture, culture (Egypt, Rome …), his loves and passions (my dog, sky, watermelon, ice creams, Hot-Dogs, whiskey …) and also the opportunity to choose the word to include in a billboard.

In that case it was, the Prague architecture, a labrador dog, cat, Zuzka name on the billboard, she is a potter so she included hand making pottery … and much more 🙂

Of course, the freedom to be creative is key, but I like play with things that the customer loves.

Very happy and pleasured to be part of this important shortlist at creativity industry. Now i´m at the running to be crowned one of the Best of 2016.

I´m at individual Illustration project section fighting alone with big brands 🙂 I have got the chance for two awards; Jury award an people choice award. You can help for second one yeah!

You can vote for me for the for the “People’s Choice” Award voting here:

Choose Illustration section at left menu, search me, i´m at last line of illustrators ;). There you must see at VOTE button behind photo project and my name.

Thanks for the support. Win this is massive important, be shortlisted is really important as well, but win… :). Crossing fingers, will see, and good luck for all.

Creativepool has officially announced the shortlist nominees; this brings the start of the People’s Choice voting for the 2017 Annual and Awards, with support from jones knowles ritchie, Saddington Baynes, and Made in Global.

The excitement growing around this year’s Annual Shortlist is a reflection not only of the global creative talent found on Creativepool, but in the creative industries as a whole, particularly in a time when creativity is needed more than ever before. The People’s Choice competition also offers a unique angle to the competition by providing the whole creative community the chance to let their voices and their opinions be heard – allowing them to be considered outside of the normal conditions of creative award judging panels.

The Annual 2017 shortlist is all about big ideas. As such, the Shortlist this year features a wide range of talent from agencies and individuals from around the world such as; SapientRazorfish, Publicis Brasil, TBWA\Chiat\Day NY and more. The Annual has expanded greatly this year with a total of 33 different categories, meaning there is more scope than ever before for creative agencies and individuals to get their work acknowledged and celebrated this year.

Rebuilt Gif from contest, Not selected (They selected 5 😦 not me included)  from a hotel in Roma i don´t want remind. I just can say: Congrats to all winners and congrats to jury drug dealer. He have got good stuff. 😉

The theme for the contest was show “love coffee” “Coffee passion” etc for the new Hotel opening at Rome.

Apart of that fury angry comment from a loser artist, was sad the final results (for me), because i was the favourite one (number of lovers, comment, etc) actually, at Suisse National Radio talked about me and about the Hotel contest i was trying to be selected. Telling the name of the Hotel etc. Free publicity before the final results….

I´m in a contest by CAMPARI Germany about Negroni cocktail ornganized by Talenthouse. That is my submission.